The comeback kids: Ross Detwiler notched a quality start and recorded a new career-high of eight strikeouts; simultaneously, Yoán Moncada went 2-for-4 with a homer in his first game back from the Injured List. (FanGraphs)

Arguably one of his best starts of his career and definitely the best of the season, Ross Detwiler was rolling during tonight’s ballgame. After taking notes from Lucas Giolito’s masterful game yesterday, Detwiler recorded a quality start and set a new career-high in strikeouts. On top of the wonderful pitching, Yoán Moncada and the Good Guys let their bats come to life in what was an excellent game by the Chicago White Sox. Time to go behind the numbers of tonight’s well-executed baseball game:

Big Boss Ross had it going for him tonight. Twelve years into his major league career and Detwiler recorded a career-high eight strikeouts. As a lefty without any overpowering stuff, that is incredibly impressive. Hopefully, tonight marks a turning point for the rest of the season!

The South Siders only had three pitchers take the mound — not as impressive as Ariel Jurado’s complete game in the Texas Rangers loss — but they only gave up three hits during the span of 27 outs. I am totally behind a whole lot of Sox offense complementing a whole lot of pitching brilliance!

In his first game back from the Injured List, YoYo went 2-for-4, which included a long ball. That 112 mph blast went 383 feet and drove in two runs. YoYo pumped up the heat for his second extra-base hit of the game, which was a double hit at 115 mph — the hardest hit ball of Moncada’s short career.

After Moncada and James McCann went back-to-back on home runs in the third inning, the Sox’s win expectancy jumped to 92.7%. The South Siders made sure to cash that in for their 58th win of the season!

To give a little love to the Texas Rangers and as mentioned previously, Ariel Jurado pitched a complete game. Having given up six runs in the game, it is a pretty impressive feat for the young righthander. Even though he saved the bullpen for his team, Jurado did accumulate a -.243 WPA in his eight-inning complete game.

Looking ahead, José Abreu is two hits away from a career 1,000 hits. A first inning single made No. 998 career hits, so hopefully, No. 1,000 will be here before the Rangers go back to the Lone Star State. 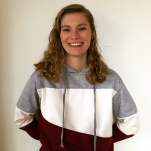 Detwiler was magnificent. A few outings like that and someone will be thinking of signing him for next year. Did not know the double was Moncada’s hardest hit ball of his career.

Absolutely! I didn’t know it was his hardest hit ball either until his post-game interview. Pretty neat!

Thrilled to see Moncada jumping right back into the fray. He was killing it during his rehab, of course, but this was still most welcome, to be hammering in the first game back.

Agreed! He showed back up with a little skip in his step! Didn’t miss a beat. Hopefully, that carries out for the rest of the season.

And next year they’ll add Robert, Madrigal and Kopech, and lose Yolmer, Engel/Jay and Detwiler (sorry, Boss – I’m guessing last night was a moment, not a trend).

This is going to be a monster team.