After an exciting but ultimately disappointing finish last night (if you missed it, Janice has got you covered with a recap. The White Sox are looking to bounce back and split this series with the Tribe and push them behind Oakland and out of Wild Card contention.

Reynaldo López has the honors for the Good Guys, and he’s looking to redeem an ugly performance against the Braves where he was unable to make it out of the first inning. Danny Mendick will make his first start at third today, with Moncada as the DH.

Rookie Zach Plesac will toe the rubber for the Tribe, and his one previous outing against the White Sox handed him his first career loss as Tim Anderson launched a solo shot in the fourth inning.  Hopefully Timmy can continue to haunt him and we can rock and roll our way out of Cleveland on a high note.

The game is on NBCSN/ WGN 720, and out of market fans can catch it on MLB Network.

Check back after the game as I summarize a comedy of errors the happenings at Progressive Field and bring you a much-hyped video of my dog. 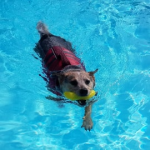 Probability of all being outs: 3.9%

This is why I don’t even try to understand the majority of Statcast advanced stats, my hopes and dreams will just be dashed anyway

Of course Engel, Collins and the bottom of the order would come thru and Anderson and Eloy would K! Baseball is so unpredictable… but 6-1 Sox! I’ll take it!

Oh man, Collins eye knew that was a ball. AtBat has it on the outside edge of the zone