The future:Two reasons to watch a Sox game in September, no matter how meaningless. (Clinton Cole/South Side Hit Pen)

It would be easy to wonder why you, Reader, are watching a meaningless Chicago White Sox game vs. the Detroit Tigers in late September on a Saturday evening. Surely you have something, anything, better to do.

But we know why: soon, there will be no more baseball, only winter and snow and polar vortices, and we will all miss baseball, no matter now meaningless. So we may as well watch while we can.

Is it me, or does 2-6 almost look like a real, honest-to-goodness, professional lineup? Nice work, Ricky:

Meanwhile, the Tigers are trotting out something less encouraging for their fans: 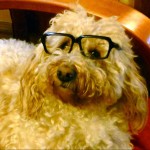 Tying run on base …

That was a clutch double play!