On Wednesday, October 23 the Single-A affiliate of the Chicago White Sox formerly known as the Kannapolis Intimidators announced their team’s name change in front of an exuberant crowd that had gathered at one of the town’s most iconic landmarks, the Gem theater.

Once the audience was seated, it was treated to a screening of a slickly- produced documentary from Temerity Baseball, about the city of Kannapolis and its rich minor league baseball history. The production also paid homage to Kannapolis founding father J.W. Cannon, and the city’s favorite son, NASCAR legend Dale Earnhardt, whose highlights on the screen elicited an appreciable roar from the attendees.

At 7 p.m., with great anticipation, the “Kannapolis Cannon Ballers” were revealed, along with their bushy-mustachioed mascot who is currently awaiting a name. In using the word “Cannon” along with the new mascot (who bears a resemblance to Earnhardt), the Ballers appear to have made a cognizant effort to meld the city’s origins and proud history to its baseball team.

After the “Big Reveal,” baseball fans were given access to the team store for a first chance at purchasing new gear. A fireworks show lit up the night sky over the footprint of the construction site that will be home for the Cannon Ballers beginning on Opening Day 2020. Judging from the size of the crowd and the overwhelmingly favorable feedback heard at the event, it was a great night for the city of Kannapolis and its baseball team. 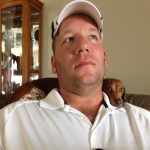