Locked in: Yoan Moncada before a game at Guaranteed Rate Field. (Clinton Cole/South Side Hit Pen)

Once again, it was a losing season on the South Side in 2019. This year, however, felt much different than the last couple of losing seasons due to some of the developments that came out of it. Tim Anderson won a batting title, Lucas Giolito had a massive bounce-back year and looks like someone that can lead or be near the top of a rotation, and last but not least, Yoan Moncada looks like he’s becoming the next superstar in Chicago.

White Sox fans leave 2019 with quite a bit of hope, which is something that isn’t always common among the fanbase. The aforementioned players put together very successful seasons, helping provide a jolt of confidence in the team as the end of the rebuild gets closer and the White Sox are ready to take that next step.

Prior to the 2019 season, it was difficult to gauge if Yoán Moncada was going to live up to the “top overall prospect in the MLB” hype. There were times where he showed flashes of his potential, and there were others where he looked lost at the plate and in the field. Between 2017 and 2018, Moncada was unable to hit better than the .230s, and in 2018 he struck out a lot … 217 times to be exact. Striking out is something to be expected for a young player, but doing it that many times can create some uncertainty.

After nearly two seasons where we were left with more questions than answers about the player he could be, Moncada blossomed into a star in 2019. Not only was his season the best among members of his team, it was also good enough to place him among the Top 20 players in the MLB during the 2019 season.

A big reason for Moncada’s breakout was his work ethic — he attacked the offseason. Shortly after coming off the 217 strikeouts, Moncada decided that enough was enough and he was ready to become the player that White Sox fans hoped he would be. He voluntarily spent time in Arizona, working with different members of the staff to identify some of his weaknesses and figure out some changes he could make to help turn things around.

Moncada changed his approach in 2019, becoming more aggressive at the plate. As a result, his walk total was much lower this year, but given the results, that’s all right. There were frequent times in the past where he laid off good pitches to hit, waiting for something better. More often than not, this usually resulted in a strikeout, as pitchers realized that Moncada wasn’t going to swing early in the count.

Moving forward, if Moncada sticks to a more aggressive approach — possibly continuing to sacrifice walks for fewer strikeouts — White Sox fans should be happy with the tradeoff. His average exit velocity in 2019 was 92.8 mph, placing him in the top 3% of the league. His hard hit percentage was 47.9%, placing him in the top 8% of the league. By taking a more aggressive approach, Moncada has a much better opportunity to put the ball in play, And when he does, he’s a tough out for opponents when combining speed and ability to barrel up the ball.

The 2019 season also saw Moncada move over to third base. When he was coming up as a prospect many scouts noted that third base was Moncada’s more natural position, and it wasn’t hard to see that during the 2019 season. According to FanGraphs, Moncada finished fouth among third basemen in UZR (4.3) and Defensive Runs Above Average (6.2), placing him in the above average-to-great range in both categories. After the White Sox missed out on signing their third baseman of the future during the offseason, they were able to watch one develop right before their eyes, as Moncada looked like a human highlight reel at the hot corner.

After having a very impressive breakout year in 2019, is this something Moncada is going to be able to repeat again next year, and for many down the road? Yes: This is now the bar for him. He showed us what he can do just by improving and fine-tuning some of his tools, and there’s no reason he shouldn’t continue to do the same moving forward.

There’s been mentions of Moncada going back to Arizona this offseason to break down what he can do better moving into next season. This time around, there won’t be as many drastic changes or adjustments — he’ll just work on sharpening the skills that are already above-average. After all, Moncada is not just one of the best players on the White Sox — he’s establishing himself as one of the best players in baseball.

While Moncada still has a long way to go, and it will be pretty much impossible to surpass someone like Mike Trout as the very best in the game, Moncada is on the right track. After many people claimed he was a bust and were unsure if he would live up to his hype, Moncada now looks like that type of player who can be a cornerstone piece for a franchise that is looking to contend for many years.

And the best part about his development so far? Moncada is only 24 years old, just scratching the surface of the type of player he can be.

Moncada was one of the, if not the biggest development of the White Sox this past season. The way he attacked his struggles and worked hard to improve is going to continue to pay off down the road, too. He’s destined to be a star on the South Side for a long, long time. This is just the beginning of what will be a very exciting career. 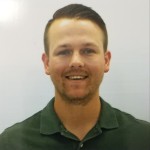 Nice article, thank you. I’m glad he worked on his weaknesses in the offseason last year and perhaps will do the same this year. If I were a gambling man, I’d bet he’ll make the All-Star team in 2020, and get some MVP votes. He really is a star in the making.

All of this. The kid may not be Trout, but I’m perfectly content with him being Moncada. Looking forward to watching him be great for the next 10 years.

Thanks for this great write up. I agree that Yoan is an all star in the making!