Onetime aspiring black Quentin Tarantino, film major Tommy Barbee is the latest addition to South Side Hit Pen. He’s a vet, as some of us are wont to be, of the Bleacher-Report meat grinder, and impossibly clever and perceptive tweets @KindaBleu.

When not obsessing over our White Sox, and sports at large, Tommy plays guitar and writes on music as well. Earlier this year he teamed up with our Leonard Gore for the first Black Sox Brothers podcast.

Doing the lord’s work, he has converted his wife into Sox fandom, again as some of are wont to do, and is spending much of his free time these days chasing his three kids around the house.

Tommy’s first piece for us was published this evening, an even-keeled take on the Nomar Mazara trade.

Favorite baseball movie Bull Durham. So many great quotes in that movie, and I appreciate the cynicism compared to movies like The Natural.

Hall of Fame: speed round
Mark Buehrle At the risk of sounding like a homer, you can make a damn good case for him getting in.
Joe Jackson No
Paul Konerko Hall of Pretty Good. Unless he gets the Harold Baines treatment, Konerko won’t get in.
Minnie Miñoso Yes, it shouldn’t even be a debate
Omar Vizquel No
Chris Sale Yes, assuming his arm doesn’t fall off. I also want his shredded jersey in the HOF with him.

South Side Hit Pen on the field I played SS and the best comp for me was Rey Ordoñez. I was renowned for my defense, but couldn’t hit a lick. 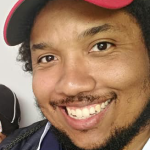 Lover of remembering random Sox guys, writer, musician, pop culture junkie and all-around pain in the ass, Tommy is always ready to give an opinion on anything and everything. When he isn't raising your blood pressure here, you can also find him on Twitter via @Kindableu.

Guest
Right Size Wrong Shape
Offline
#3004
You can flag a comment by clicking its flag icon. Website admin will know that you reported it. Admins may or may not choose to remove the comment or block the author. And please don't worry, your report will be anonymous.

Editor
Active Member
katiesphil
Offline
#3078
You can flag a comment by clicking its flag icon. Website admin will know that you reported it. Admins may or may not choose to remove the comment or block the author. And please don't worry, your report will be anonymous.