Hall-of-Famers: Aretha and Otis turned out all right, but dealing in prospect chatter is a dicey business. (Rhino)

[As we officially kick off our Top 100 Prospect countdown with the inimitable José Nin, as well as the Top Prospect Vote at SSS, a reminder to keep it all in perspective, courtesy of all-time top soul prospect Otis Redding.]

At the end of Richard Greenberg’s brilliant baseball play Take Me Out, the season is over and Mason, a nerdy accountant who came to love the game as the business manager of a superstar, asks plaintively, “What are we going to do until spring?”

The answer, of course, is bury ourselves in the hot stove league.

In ancient days, the vision of the hot stove league was more or less literal — a bunch of geezers sitting around the woodburner at the general store, slugging sarsaparilla, biting off some beef jerky, and tossing peanut shells on the floor while they ponder the likely fates of their favorite teams. Nowadays it’s more likely participants will be in a coffee shop, sipping soy lattes and nibbling at gluten-free, lactose-free, salt-free, sugar-free, organic free range fair trade arugula chips and communicating by keyboard, but the principle is the same — either way, it’s an enjoyable diversion from winter that doesn’t mean much.

Which brings us to the PROSPECT LIST, a sort of officialized version of shooting the bull. Now, I certainly don’t want to denigrate the people who compile prospect lists or those who evaluate the evaluators They all — or you all, in the case of SSHPers — have a great deal more baseball knowledge than I’ll ever have, and go to a tremendous amount of work to compile the lists. Still, they’re just lists of someone’s opinions, no matter how analytically based, at one point in time, a point before players hit the big leagues. They’re slightly more likely to hit paydirt than the prospectors trying to survive on hardtack in Nome 120 years ago, but not all that much. Everything can change between the minors and majors.

Want to feel happy about the White Sox future? Pick a list where we have 10 in the Top 100. Want to continue gloomy? Pick one where we have two. Wonderful thing is, neither matters — same players in the system, same chance of success.

I was going to try a little serious historical evidence for this, but my plans went awry. I randomly decided to try 2013 prospect lists, then picked Baseball Prospectus from among the first page results. That turned out a little depressing, because the White Sox were the only MLB team without a single player in BP’s Top 101 that year.

Moreover, a scan down the names did turn up two future Sox — Lucas Giolito at No. 70 and Matt Davidson at No. 89. We all know how well those have worked out so far. Giolito worked his way up to top pitching prospect in all of baseball, but worked his way right to the bottom of real MLB pitching as a rookie before his brilliant recovery last year, which gives us hope. That’s what the hot stove is for — hope in the gloom of winter. But then there was Davidson.

That glimpse back made me to take a slightly different approach. The natural choice was a song written by the late great Otis Redding. I find no evidence Redding was a baseball fan, but he nailed the hot stove league concept in his final release, the first recording ever to make No. 1 on Billboard posthumously:

You just know part of the chat out on that dock was about baseball. That’s not the song I have in mind, though — it’s the one Redding wrote that was immortalized by the also late and even greater Aretha Franklin. Feel free to Ooo. And pronounce the RO as “row.”

Ooo, your misses (ooo)
Haven’t been funny (ooo)
And still they cost me (ooo)
A whole lot of money (ooo)
All I want you to do (ooo) for me
Is pick me a player that can bring it on home (heavy on the RBI)
Yeah, baby (or a wicked breaking slider guy)
Whip it to me (prospect who can really swing it)
Who can bring it home now (or one who can really wing it)

A little prospect (one who can hit)
I get tired (I mean really hit)
I keep on tryin’ (you keep blowin’ it)
You’re runnin’ out of fools (how about a real pitcher?)
And I ain’t lyin’ (one whose curveball’s a bewitcher?)
(re, re, re, re) Great prospect, you gotta bring home
(re, re, re, re) Or in a couple of years (with no prospects who can play)
You’ll find out I’m gone (it could happen one day)

Aretha could have done it, too. The White Sox were undefeated in Civil Rights games where she got the MLB Beacon Award. Okay, 1-0, but undefeated is undefeated.

Liked it? Take a second to support leighallan on Patreon! 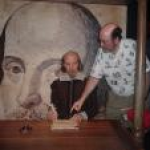 Editor
Active Member
katiesphil
Offline
#3616
You can flag a comment by clicking its flag icon. Website admin will know that you reported it. Admins may or may not choose to remove the comment or block the author. And please don't worry, your report will be anonymous.

If only we could find some players who could deliver like Aretha. Or Otis. I’ll accept some Major Lances, too.

Active Member
Brett Ballantini
Online
#3635
You can flag a comment by clicking its flag icon. Website admin will know that you reported it. Admins may or may not choose to remove the comment or block the author. And please don't worry, your report will be anonymous.