Introducing new members of our staff is always easy, because they kick so much ass. Keelin Billue is no different.

But then, she is very different from many of us on staff. She is a (relative) newcomer to our city, born closer to the Birmingham Barons to the South Side White Sox. Her many areas of expertise center more around things like music and sociological research, not baseball.

But there’s some stuff about writin’ you can’t teach, and Keelin has got that stuff: wild creativity, reckless spirit, and an extra helping of happiness. She’s good people, and she’s going to make greatness on our site.

The grandson of fellow SSHP staffer Tommy Barbee, Keelin has two handsome rescue dogs, Hank and Mr. Wendal. She once badly broke her collarbone jumping and falling over a small hurdle meant for dogs (and no, was not intoxicated). Keelin raves about the Sox Park food (as if there can be another reaction among the sane) and, after having seen all of five total major league parks in her life, sees fit to call the match and award Sox Park the prize as best ballpark in the country.

So how has this New Orleans Saints fan been seduced by the Sox, and baseball at large? It’s the romance, as no other sport takes itself less seriously while also having the capacity to break hearts.

Come join Keelin on her mission to take herself less seriously, and break some hearts, as our newest South Side Hit Pen staff member!

Hometown Guntersville, Ala. In 1996, we got a Super Wal-Mart with a McDonald’s inside of it. Everyone was extremely excited.

First White Sox memory In the summer of 1995, my brother (6.5 years my senior) constantly wore a White Sox hat. (My brother is now a huge Tigers fan.) In 2014, he took me to my first White Sox game (so he could see the Tigers). He’s surprisingly supportive of me writing here.

Favorite White Sox memory Ozzie Guillén hitting Simon Diamond with a chair. Of course, I wasn’t there for that, but I propose a recreation of this event so I can be. Also, getting that sweet Sox Hawaiian print bucket hat freebie (sponsored by Beggar’s Pizza) in the 2018 season.

Favorite baseball movie Mr. Baseball. “Baseball is a game. Games are supposed to be fun.” Love you, Magnum.

Hall of Fame: speed round

Liked it? Take a second to support Brett Ballantini and Keelin Billue on Patreon! 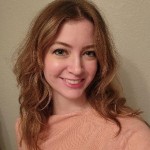 Chicago-based writer by way of Alabama, New Orleans, and Nashville. Writes primarily about music, sports (sort of), and the topics that usually piss people off at work and family holidays.

She doesn’t look like Tommy Barbee’s grandson to me.

Welcome, welcome. Glad to have you with us.