Who ultimately mans second base on opening day for the Chicago White Sox remains a mystery. Going into a season ripe with playoff expectations, relying on Danny Mendick and Leury García for significant contributions seems foolhardy, however.

Who would be the best second baseman for the South Siders in 2020? Let’s take a look at some of the top candidates.

Leader in the clubhouse

Danny Mendick‘s table may in fact be ready, which is puzzling given his sparse usage down the stretch in 2019. There was seemingly plenty of playing time available, but manager Rick Renteria only felt it necessary to grant Mendick 40 major league plate appearances.

Selected in the 22nd round of the 2015 draft out of the University of Massachusetts at Lowell, the 5´10´´, 190-pounder was the definition of a late bloomer and wasn’t even confident that he’d be drafted at all. Mendick’s father has a successful career in commercial real estate, and the infielder was always falling back on that potential option.

White Sox area scouts are generally on the prowl for traits in the latter portion of the draft’s third day. Mendick could play all three infield spots and was considered to be a smart player who was pretty technically sound, with some ability to hit. The scouting department and player development staff never expected Mendick to be a legitimate big league option for 2020, but sometimes organizational depth overachieves when provided an opportunity.

Mendick hit .308/.325/.462 with two homers in a small major league sample in September. He was also pretty solid in spring training, generating some chatter that he make the 2019 squad to start the season. Mendick ultimately returned to the Charlotte Knights and hit .279/.368/.444 in the International League with 17 homers and a 109 wRC+.

The 26-year-old was added to the 40-man roster last year and protected from being included in the Rule 5 draft. Mendick was also a prominent member of the group that took part in the Soxfest festivities in late January. The organization is clearly a fan of Mendick’s potential, so it was quite puzzling that he didn’t receive more playing time to close out his first taste of the majors.

Leury García is back with the White Sox on a one-year deal, and the versatile switch hitter is capable of playing multiple positions. García was the primary leadoff hitter last season and played in 140 contests. Leury was over-exposed in that role, however, and his flaws were very much at the forefront. The 28-year-old hit .279/.310/.378 with eight home runs, but just an 83 wRC+. He was worth 1.3 fWAR mostly due to his versatility.

García was first acquired by the organization back in 2013, in a swap with the Texas Rangers for outfielder Alex Rios. The 5´8´´, 180-pounder can play every infield spot as well as center field and the outfield corners. He strikes out too much and doesn’t walk enough (3% BB rate), and he’d be miscast in a starting role once again. García is ideal (and more than capable) as a utility player, and that’s what his likely role will be. He is a candidate to start the season as the starter at second base, but he could also spell Nomar Mazara in the outfield in addition to his infield responsibilities.

In some years, there are interesting non-roster invites with a legitimate chance at stealing a roster spot; this won’t be one of those years. For starters, 34-year-old utility man Andrew Romine will take part in big league spring training. The switch-hitter plays all over the diamond and spent the 2019 season in Triple-A for the Phillies. He’s a decent fit as minor league depth, but likely won’t challenge for a roster spot. Former Royals top prospect, 27-year-old Cheslor Cuthbert,will be in Glendale as well. The infielder has really struggled offensively and is unlikely to be more than a placeholder at Charlotte.

The elephant in the room

The ghost of Nick Madrigal can also be described as the elephant in the room. The fourth overall pick in the 2018 draft is the second sacker of the future, and his ascension could begin on March 26 against Kansas City. The Oregon State product will be 23 on Opening Day and projects as an elite defender at second base. In 2019, Madrigal hit .331/.398/.424 with a 117 wRC+ with the Charlotte Knights in Triple-A. He also hit .341/.400/.451 with a .391 wOBA and 150 wRC+ in Double-A with the Birmingham Barons.

If Madrigal starts the year in Chicago, second base is solved. This course of action would be the preference of many members of the fan base and media, but it doesn’t appear to be the most likely outcome on Opening Day. The 5´7´´, 170-pounder will receive plenty of run with the big league team during spring training. Service time questions aside, Madrigal could benefit from some more seasoning in the International League if the organization chooses to go that route.

There are still some veteran infielders on the free agent market who could potentially help the White Sox in 2020. As GM Rick Hahn has mentioned publicly, it might be tough to land a quality player with Madrigal waiting in the wings. It’s not completely out of the question, though. Brian Dozier, Brock Holt, Brad Miller, Jason Kipnis and Ben Zobrist are names that fans have heard before.

Dozier is familiar with the AL Central and would conceivably fit right in with the White Sox. The 32-year-old posted 1.7 fWAR with a 99 wRC+ in 135 games with the Washington Nationals last year and  compiled 19 fWAR during 2014-17 with the Twins. While his overall stat line isn’t overwhelmingly exciting, the right-handed hitter did some serious work against southpaws. The 5´11´´, 200-pounder hit .280/.375/.525 with a 128 wRC+ and .373 wOBA vs lefties in 2019. Dozier has an immense amount of playoff experience and would theoretically be stellar in a backup role as well.

Miller is 30, and has played on multiple teams. He was a fairly well-regarded prospect at one time and had a solid season with the Phillies in 2019. The 6´2´´, 215-pound infielder hits left-handed and posted a 126 wRC+ last year. Miller hit 13 home runs and can play all over the infield.

Kipnis is a native of Northbrook and reportedly has drawn interest from the Cubs. The 32-year-old left-handed hitter has struggled in recent years, including a 1.1 fWAR in 2019 with an 82 wRC+. Kipnis was better vs. righties, with a wRC+ of 91, and he did smack 17 long balls.

It’s unclear whether the 38-year-old Zobrist is interested in playing baseball in 2020, but he’d be a potential roster fit if willing. The Eureka native missed most of last season, but can hit from both sides of the plate, play multiple positions and has an array of playoff success.

The best outcome for the White Sox sees Madrigal being penciled into the lineup on March 26. Out of all the possible scenarios, though, this one seems the most far-fetched. It would likely only come with a signed contract extension, despite Madrigal not being in the class of players where future service time hangs over the franchise. The organization wants to see him succeed in Charlotte prior before making his big league debut. The marketing department would surely benefit from the crowd on the night of another prospect debut as well.

While Spring Training statistics are often meaningless, Madrigal’s stat line will be pored over from his first start in Glendale. But at this juncture, it seems as if Mendick is the likely Opening Day second baseman, as García’s presence on the club is valuable but not so much as an everyday player in the infield. And don’t forget, Dozier has been linked to the White Sox at points during the offseason, and he remains unsigned.

With Madrigal’s eventual arrival not imminent, Dozier seems like the best realistic outcome prior to the start of Spring Training. Adding a veteran to the mix is still possible — but if not, it appears that second base on the South Side should be in good hands for the foreseeable future. 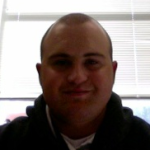 I certainly wouldn’t be upset to see Madrigal start the season up here, but I do figure that he’ll start in Charlotte given his relative lack of MiLB experience. I’m internally debating whether the Sox should just go with Mendick to keep the seat warm or sign one of the (should be) relatively cheap vets. I’ll agree that of those listed, I’d probably prefer Dozier, though Holt has spent some time at 3rd, which I don’t think Dozier has, and therefore could eventually back up all the IF positions. The debate is ongoing.

I say go with Mendick, and let Leury rove. Brian (Holland) Dozier (Holland) seemed cooked the last two years, and as people argued on Twitter, what does he do when Madrigal comes up, pitch?

When Madrigal comes up, he moves into a bench role where he’s able to mash against LHP like he’s done for his entire career, including last season. Thanks for reading!