Welcome, friend: Sitaspell. Take your shoes off. Let’s learn how to root for the White Sox … together.

Congratulations on taking the first step towards what might be a long and arduous journey through our humble fandom! Or maybe you’ll only be with us for a short time. Hey, this guide isn’t here to judge.

That’s your decision; this is, after all, at-will employment.

Allow me to introduce myself; I’m a hereditary White Sox fan, and if you’ve seen that movie, having the fan run through your family can certainly feel like you’ve inherited something sinister. Due to budget cuts, I am both the resident IT person and HR generalist of the White Sox fandom. I’ll email you a link with your email and password, and make sure it’s a secure one, (nothing obvious like IL0v3Y@sm@niGr@nd@l!), but we’ll figure all that out at the end of this orientation.

Whatever length your tenure figures to be with our beloved South Siders, this guide is here to serve as your New Fan Orientation packet, and to let you know what exactly you are getting yourself into.

So sit back, relax, and strap it down. And on behalf of everyone at South Side Hit Pen, home of innovative crowdfunded grassroots coverage of your new favorite team, welcome to the madness that is White Sox baseball!

Why are you here?

Let’s get this one out of the way: Let the homers call you a bandwagoner in the pejorative. Fandom is a choice, it’s not something that’s earned. Even if you’re like me, where your parents, grandparents, great-grandparents, third cousin once removed or whatever, cheered for one team, truthfully, you’re still free to cheer for another.

Casual, intermediate, advanced. We welcome all levels of fan. You can name only one or two players? Have the birth charts of the whole pitching staff saved on your phone? (By the way, oddly enough, stacked with Capricorns.) Got Baseball-Reference bookmarked so you can fire off stats on some plebeian who thinks Yasmani Grandal can’t be a leadoff hitter because his batting average was .170 batting first?

The only gatekeeping at Sox Park you’ll see is performed by the security guard who wouldn’t let me in with a sealed bottle of vitamin water a few years back.

Maybe you’re here because your favorite player was acquired in a gustatory offseason free agent signing.

(We see you, Brewers fans.)

Or perhaps you found yourself telling your friends and family that while you and your team love each other very much, that you’re taking a much-needed break and have decided to see other teams.

We see you … Astros fans? (Hey, again, no judgments here.)

Or you maybe you are a recovering Cubs fan, upset at how the R*cketts family is spending their money, namely, not on players. We see you, too.

Let’s not forget those who are new to baseball altogether; perhaps you are finally buying into the hype via your friends, who won’t shut up about 108-ing, legend statue selfies, five-inning complete game shutouts, bat flips, or some guy who just seems to like to say hi to his own mom.

No one else can tell you how to fan but you, and we embrace that philosophy here on the South Side.

It all boils down to this: you cheer for the White Sox? We do, too. We have so much in common already!

The basics: Who’s Who

Our fearless GM, who makes calls and starts moves, namely as soon as he’s able to, the day after the World Series. Rick was first out of the gates and acquired the likes of Yasmani Grandal when other GMs were sleeping off their hangovers, and gifted Dallas Keuchel and Edwin Encarnación to the fandom right before December 25.

The man making the lineups. Though he was the subject of scrutiny for being very experimental with the batting order last season, Ricky’s approval rating is high — especially now that he should have plenty of offensive flexibility with this offseason’s acquisitions. (We acquired a switch-hitting catcher who draws walks? Incredible!) Not to mention through testimonial, Ricky’s personable, positive, and respected by his players — a proven leader.

We’re blessed by the baseball gods to have this dynamic announcing duo — Benetti, especially, is a gift with his wry insight and humor. Also, #SoxMath anyone? Steve Stone is the perfect comedic foil to Benetti, especially if you follow either of them on Twitter.

The fuzzy green dude is the working class hero we’ve been needing. Whether he’s at your wedding, corporate event, or goofing off with your kids at a game, Southpaw’s always down to entertain. But … why isn’t he left-handed?

Some other good names to know

These guys are the future of the organization, and we’re so excited to see them in 2020.

The basics: What’s What

So much magic. Scott Podsednik with the walk-off homer — his second postseason homer —  in Game 2, despite hitting no home runs during the 2005 season. Small ball, long ball, the 2005 White Sox did it all. A powerful lineup that hit 200 home runs in the regular season. A ridiculous starting rotation including Jose Contreras, Mark Buehrle, Jon Garland and Freddy García. Heck, the pitching staff’s entire ERA was 2.63.

The legacy of 2005 is still felt to this day. Manager Ozzie Guillén continues to offer, um, insight from time to time. Every White Sox dad has that one jacket with the cream leather sleeves, the ’05 World Series patch on the sleeve. Any given bar on the South Side has that one neon World Series Champs Miller Lite sign, and chances are it’s rarely been turned off since.

What exactly is 108ing? Chances are, you’ve done it already. Not limited to the confines of the scenic view of the right field foul pole, any given time is probably an appropriate time for a beverage. On your way to a court appearance for a parking ticket? (Probably not then, honestly. HR is not responsible for any 108-related citations.) Waiting for medical test results? Generally thinking about the insurmountable weight of human existence? Time to 108.

Sox Park is surrounded by vast parking lots, ideal for the ancient tradition of consuming self-prepared food and assorted beverages out the backside of your vehicle.

Tim Anderson is changing the game, namely by unapologetically being himself and not giving a rat’s ass about whose feathers are ruffled by his incredulous bat flips. Timmy’s about having fun playing baseball, not this AcT liKe YoU’ve BeEn tHeRe bEfoRe crap. We love him so much that we built a whole-ass marketing campaign around the reigning AL batting champ.

Sox Park (anyone calling it Guaranteed Rate Field is doing that because they have some legal obligation to) is home to some of the best ballpark food you’ll find. Anyway: fries topped with gyro fixins or buffalo chicken, helmet nachos, elotes, churros, an entire goddamn BBQ loaded baked potato. We’ve got it all. Come hungry; you will eat well at the ballpark.

Admit it: you’d buy this candle

With spring training just getting underway, there’s so much excitement in the fandom that hasn’t been seen in years. PECOTA? We don’t know her. The White Sox are projected to win 80-something games, but from the early player interviews, it sounds like winning is, well, a priority; the rebuild is complete.

However you choose to ride with us, you’ve made the decision to do so, since the other option was to, well, get run over.

At any other orientation, an HR person would have you fill out a few forms, present a form of identification, maybe a check to jump-start your direct deposit, so you’d get paid.

As a White Sox fan, remember, you will pay. We’re not sure how yet, but you’ll certainly pay. 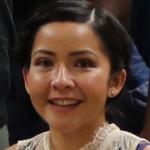 Guest
Keelin
Offline
#9138
You can flag a comment by clicking its flag icon. Website admin will know that you reported it. Admins may or may not choose to remove the comment or block the author. And please don't worry, your report will be anonymous.

Ballpark food scented candles are the first step to me eating wax followed by cutting off my ear as I spiral into syphilitic lunacy.

Editor
Active Member
Ashley Sanders
Offline
#9147
You can flag a comment by clicking its flag icon. Website admin will know that you reported it. Admins may or may not choose to remove the comment or block the author. And please don't worry, your report will be anonymous.

This was such a fantastic and clever article!

Guest
Lonchair
Offline
#9174
You can flag a comment by clicking its flag icon. Website admin will know that you reported it. Admins may or may not choose to remove the comment or block the author. And please don't worry, your report will be anonymous.

Guest
Pointerbabe
Offline
#9488
You can flag a comment by clicking its flag icon. Website admin will know that you reported it. Admins may or may not choose to remove the comment or block the author. And please don't worry, your report will be anonymous.

Cheers to you Janice, in celebrating the most codependent relationship most of us have in our lives!

Author
Member
janice scurio
Offline
#9725
You can flag a comment by clicking its flag icon. Website admin will know that you reported it. Admins may or may not choose to remove the comment or block the author. And please don't worry, your report will be anonymous.

It seems that I’ve developed a pattern.