Sam Sherman is another in a long line of sharp writers and communications vets who are hopping onto the South Side Hit Pen masthead. (He’s so talented, in spite of myself I’m adding yet another U. of I. guy onto the team, sheesh.)

As a broadcast journalism ace, Sam will be concentrating on Q&As to begin with, whether for print or podcast; his first, with the Score’s Herb Lawrence, ran on Thursday. He’s a self-professed die-hard White Sox fan, one of the sick ones who watches just about every game regardless of record/expectations. And hey, like so many already on staff, he’s a musician, so hey, look for that large-group “We Are the White Sox” of “Do They Know It’s World Series Time” charity singalong any time now.

Take a look at Sam’s debut Q&A piece, and welcome him to the team!

White Sox fan since as far back as I can remember (Dad is a Sox fan, his dad was a Sox fan, one of those deals)

First White Sox memory I vaguely remember being at a game when I was very young seeing Frank Thomas absolutely demolish a ball down the left field line, I think against the Mariners.

Favorite White Sox memory In 2005, my dad and all of his friends (all life-long, die-hard Sox fans) were at our house to watch the clincher. After the final out, they were all crying tears of joy, and I’ll never forget that.

Next White Sox statue Have to think Abreu will get one at some point.

Favorite baseball movie I mean, I’ll never not watch Moneyball when it’s on, but I’m going to go with The Fan because it’s so dumb but so wonderful.

Hall of Fame: Speed Round

South Side Hit Pen on the field First base

Liked it? Take a second to support Brett Ballantini and sinatrasammy5 on Patreon! 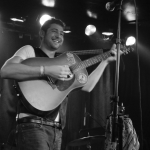